Holland is the country of honor of the 13th edition of SIAM - Meknès.

Eager to share their recognized expertise in the Agri-food sector and to strengthen the current partnership relations with Morocco, the Netherlands is participating for the fourth year at SIAM and welcoming to the Dutch pavilion a diversified group of pioneering companies in sustainable development of agriculture. 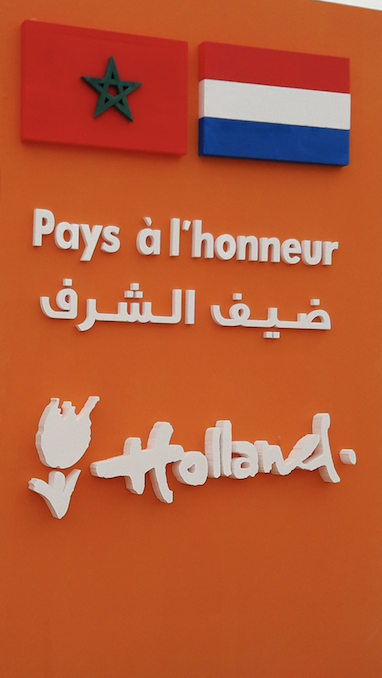 In 2017, the Netherlands exported € 91.7 billion of agricultural products: a new record of € 85.5 billion in 2016. The Netherlands also exported other goods related to agricultural upstream, including machinery, equipment and technologies, around € 9.1 billion. Potatoes, fruit and other vegetables make up the largest share of Dutch exports, followed by animals and meat, horticulture products, as well as dairy and poultry products.

At the national level, the agri-food sector accounts for 10% of the national economy and provides 10% of direct and indirect jobs. In addition, the sector is home to 4 of the world's top 30 beverage and food companies. These performances related to the use of the state-of-the-art agricultural and food research.

In order to ensure a fast import and export, a very sophisticated transport and logistics network has been developed, benefiting from the geographical position of the Netherlands as Europe's commercial gateway. The port of Rotterdam is thus the leading European port with 416 million tons of goods transshipped in 2017.

Considering the importance of this sector for Morocco and the Netherlands, agricultural cooperation continues to grow between the two countries. For example, the horticulture and dairy sectors, where the Netherlands occupies a leading position in the world, are the subject of two projects namely: the Dutch-Moroccan Horticultural Center of Excellence, installed at the Horticultural Complex of Agadir (CHA), as well as a training project for dairy farmers in the Doukkala region, in cooperation with Crédit Agricole Bank.

It should be noted that 19.9% ​​of Holland's total exports are in the agri-food sector and the country is one of the three biggest exporters of fruit and vegetables in the world.